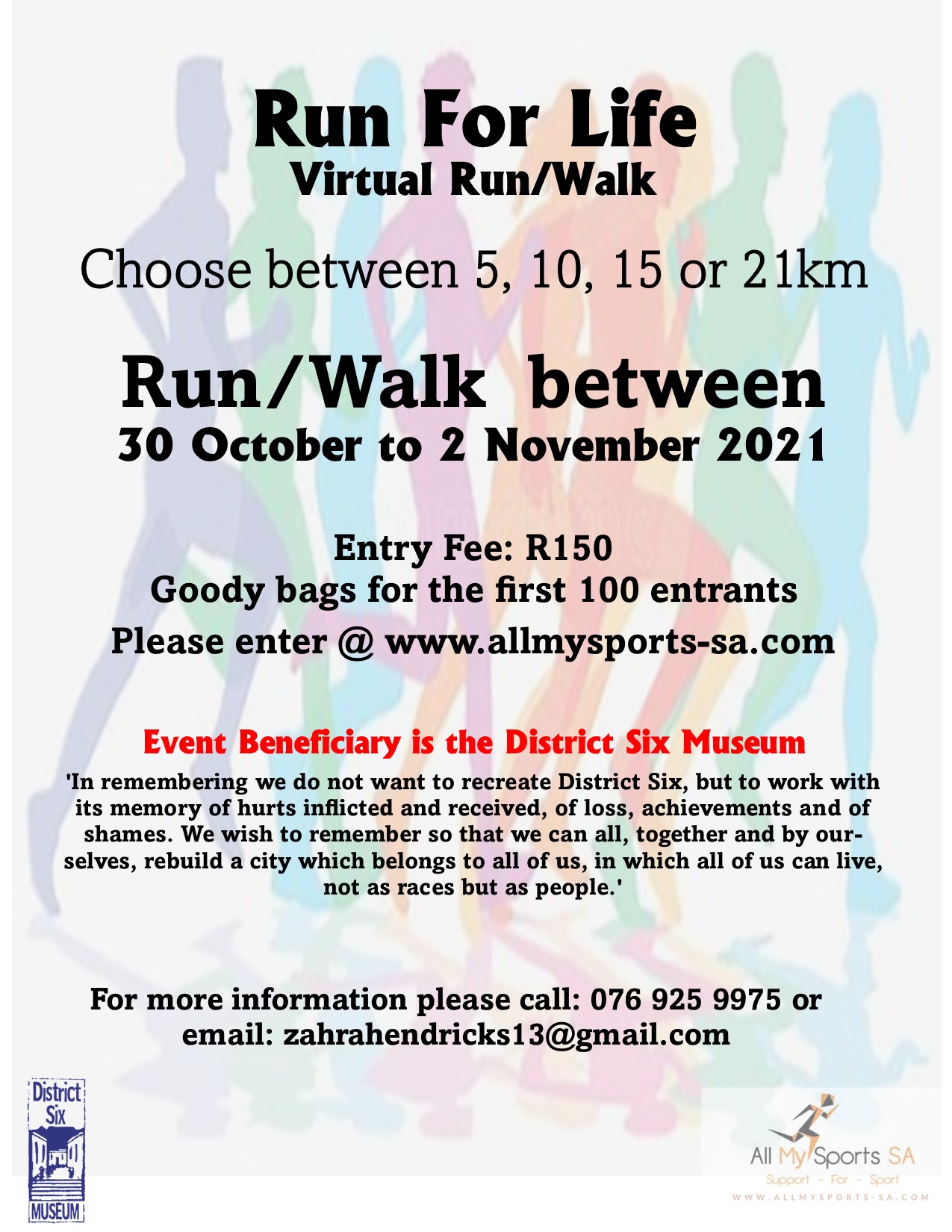 The museum serves as a remembrance of the events of the apartheid era as well as the culture and history of the area before the removals.

The ground floor of the District Six Museum is covered by a large street map of District Six, with handwritten notes from former residents indicating where their homes had been. There are also street signs from the old district, displays of the histories and lives of District Six families, and historical explanations of the life of the District and its destruction.

District Six Museum also serves as a memorial to a decimated community, and a meeting place and community center for former residents as well as the people of Cape Town who identify with its history.

District Six Museum tells the story of more than 60 000 residents removed from their homes and who were moved to the desolate townships on the Cape Flats.

The museum receives limited financial supported from Treasury and barely covers its overheads.

District Six Museum needs our assistance to keep these stories and legacies alive.

For R150, you will receive a medal, goodybag (for the first 100 entrants) which can be collected after the run at the Museum.

This website uses cookies to improve your experience while you navigate through the website. Out of these, the cookies that are categorized as necessary are stored on your browser as they are essential for the working of basic functionalities of the website. We also use third-party cookies that help us analyze and understand how you use this website. These cookies will be stored in your browser only with your consent. You also have the option to opt-out of these cookies. But opting out of some of these cookies may affect your browsing experience.
Necessary Always Enabled
Necessary cookies are absolutely essential for the website to function properly. These cookies ensure basic functionalities and security features of the website, anonymously.
Functional
Functional cookies help to perform certain functionalities like sharing the content of the website on social media platforms, collect feedbacks, and other third-party features.
Performance
Performance cookies are used to understand and analyze the key performance indexes of the website which helps in delivering a better user experience for the visitors.
Analytics
Analytical cookies are used to understand how visitors interact with the website. These cookies help provide information on metrics the number of visitors, bounce rate, traffic source, etc.
Advertisement
Advertisement cookies are used to provide visitors with relevant ads and marketing campaigns. These cookies track visitors across websites and collect information to provide customized ads.
Others
Other uncategorized cookies are those that are being analyzed and have not been classified into a category as yet.
SAVE & ACCEPT